Before 1984, the world of basketball sneakers was fairly boring.


The standard running shoe or sports shoe was mostly white in color, with some small aesthetic additions such as logos, extra tread or support. But all that was about to change with a new player, and a new era of sports marketing.

The company originally known as Blue Ribbon Sports, founded by Phil Knight and Bill Bowerman in 1964, was renamed Nike after the Greek Goddess of Victory.

Their original shoes focused on running and athletics, but soon the crossover began into sports with a more widespread appeal. The iconic Nike swoosh was first introduced in 1971.

In 1972, the world saw the introduction of the iconic Nike Blazer, named for The Portland Trail Blazers, and made famous by George ‘The Iceman’ Gervin. The shoe was an advance in both technology and branding.

Nike invested heavily in advancing the technology that made for better performance, something it would continue to be at the forefront of for generations to come. But more than function was the form: the Nike Blazer was an overtly branded shoe, with the swoosh taking up the whole side of the shoe.

Every game that ‘The Iceman’ played in, the cameras focused on him, and his shoes. Every game became an advertisement for Nike Blazers. Soon, a new fascination with sneakers emerged. In 1984, a new player entered the NBA with a future full of promise. From his first season, Michael Jordan was a noticeably talented player. Nike took a risk on the young athlete and signed a unique deal with Jordan to produce his own line of shoes. Jordan ironically had always worn Adidas up until that point but was swayed to the deal after meeting with Nike executives.

The original Air Jordan I sneaker was produced exclusively for Jordan in early 1984 and released to the public in late 1984. With their iconic red and black features, the original shoes were actually banned by the NBA for being too colorful at a time when all shoes were mandatory white. The famous ploy by Nike at the time was to pay the $5000 fine that Jordan received every time he wore the new shoes on the court. This sparked news headlines and was capitalized into a TV advertisement which played off the rebellious aspect of the shoes.

“On September 15, Nike created a revolutionary new basketball shoe. On October 18, the NBA threw them out of the game. Fortunately, the NBA can’t stop you from wearing them. Air Jordans. From Nike.”

The first 50,000 pairs of Air Jordan’s (known today at Air Jordan I) sold out immediately. This marketing strategy – a quick reaction to the NBA banning – proved to be one of the all-time greatest marketing coups, driving more than $150 million in sales.

The original Air Jordan logo was different to what is well recognized today. Known today as the ‘OG logo’ or the ‘Wings logo’, it featured a basketball with wings stretching from both sides and “Air Jordan” printed above the ball.

The ‘Jumpman’ logo was would first appear on the third version of Air Jordan in 1987. However, it’s origins are from a Life magazine photo shoot that was done in 1984 for the Olympics.

The original photo was based on Jordan performing a mid-air ballet move called a grand jete, which was actually not used in his true jumping style. Jordan himself explained in an interview in 1997:

The original image spurred Nike to reshoot it for the 1985 sneaker release. It was first included as a photograph and branding image and then incorporated into the shoe design themselves.

The Player Becomes a Product

Michael Jordan was perhaps the first player in the NBA to linked to a product from the moment he joined. His stellar on court performances, and ability to ‘fly’ increased the public’s desire to own a piece of action.

Every few years, an updated design with new additional features has arrived. The Air Jordan III, released in 1988 and was worn famously by Jordan during the 1988 Slam Dunk contest, has been reported to be the favorite of Jordan’s of all the designs throughout the years. What began as an insightful partnership between a player and a brand has evolved into an icon and revolutionized an industry.

The Air Jordan brand today now covers over 32 versions of the shoe, many of them re-released several times. The shoes frequently sell out as soon as they are available and are resold online to sneaker collectors.

Many individual pairs of Air Jordans that Jordan wore during games have been sold at auction or donated to charities over the years.

The most famous pair of Air Jordans are the Air Jordan 12 ‘Flu Game’ pair worn by Jordan during a 1997 NBA finals game in which he was feeling ill due to food poisoning, yet still managed to win the game. This pair was sold for $104,000 and the design itself sells out immediately every time it is re-released. Jordan also famously wore the original Air Jordans for his final game at Madison Square Garden in 1998. In an interview before the game, Jordan explained he wanted to ‘pay respect and remember the old days’ by wearing his original ‘Chicago’ Air Jordan 1s from 1985.

However, the original Air Jordan’s didn’t provide the same level of comfort and support as the newer iterations:

“It’s been a long time since I wore them and it’s funny coming back and playing and remembering some of the old days and some of the games I had here and the shoes are a part of that. But, my feet are killing me.”

The Chicago Bulls won their sixth Championship in 1998 and earned their second three-peat (winning three back-to-back championships). At that time Michael Jordan was not only the most famous basketball player, but one of the most famous athletes in the entire world.

After that iconic season, there was a lot of speculation about whether the team would return for a seventh championship attempt. However, it was not to be. The following year Phil Jackson, Scottie Pippen, and Michael Jordan all left the Chicago Bulls. In 1999, Michael Jordan went into his second period of retirement from basketball.

The Last Dance shares an in-depth, behind-the-scenes look at the story of the Chicago Bulls’ 1997/98 season. The ten-part series features thousands of hours of unreleased footage of Michael Jordan and the Chicago Bulls team.

Since the era of Jordan, there have been many NBA players who have had custom-designed shoes. Some of the most famous include Lebron James, Kevin Durant, Kobe Bryant, and Steph Curry just to name a few.

However, no one has managed to match the legacy or sales success of the Air Jordan range. These shoes have branched out beyond Jordan himself today to encompass ‘Team Jordan’ athletes who are sponsored by the brand and wear the shoes. These include 21 NBA players, as well as athletes in Baseball, Football, NASCAR, and Soccer.

Even as a retired player, Jordan is intimately involved in the selection process as well as the design for the shoes along with the revered designer Tinker Hatfield.

With a net worth of over $2 Billion, Michael Jordan still earns $130 Million a year through sales of Jordan’s shoes. The Nike Air Jordan brand share continues to increase by 17% per year. The Nike Jordan brand has revenues of $3 BIllion per year.

Nike has always been at the forefront of branding and the Air Jordan story is one of the most historic and most successful.

There is a lot to learn about how to capture market attention and stand out from the crowd. With a player like Michael Jordan, his brand sets him apart just as much as his performance.

As a digital marketing agency, we’re huge fans of both Jordan and the way that Nike captures the market with their partnership.

Over more than 30 years Nike has shown how thinking ahead and making bold moves can create huge success. Brandastic is a digital marketing and advertising agency with offices in Orange County, Los Angeles, and Austin. We specialize in SEO, Social Media marketing and building websites to grow online sales. Talk to us today to see how we can help grow your business to the next level. 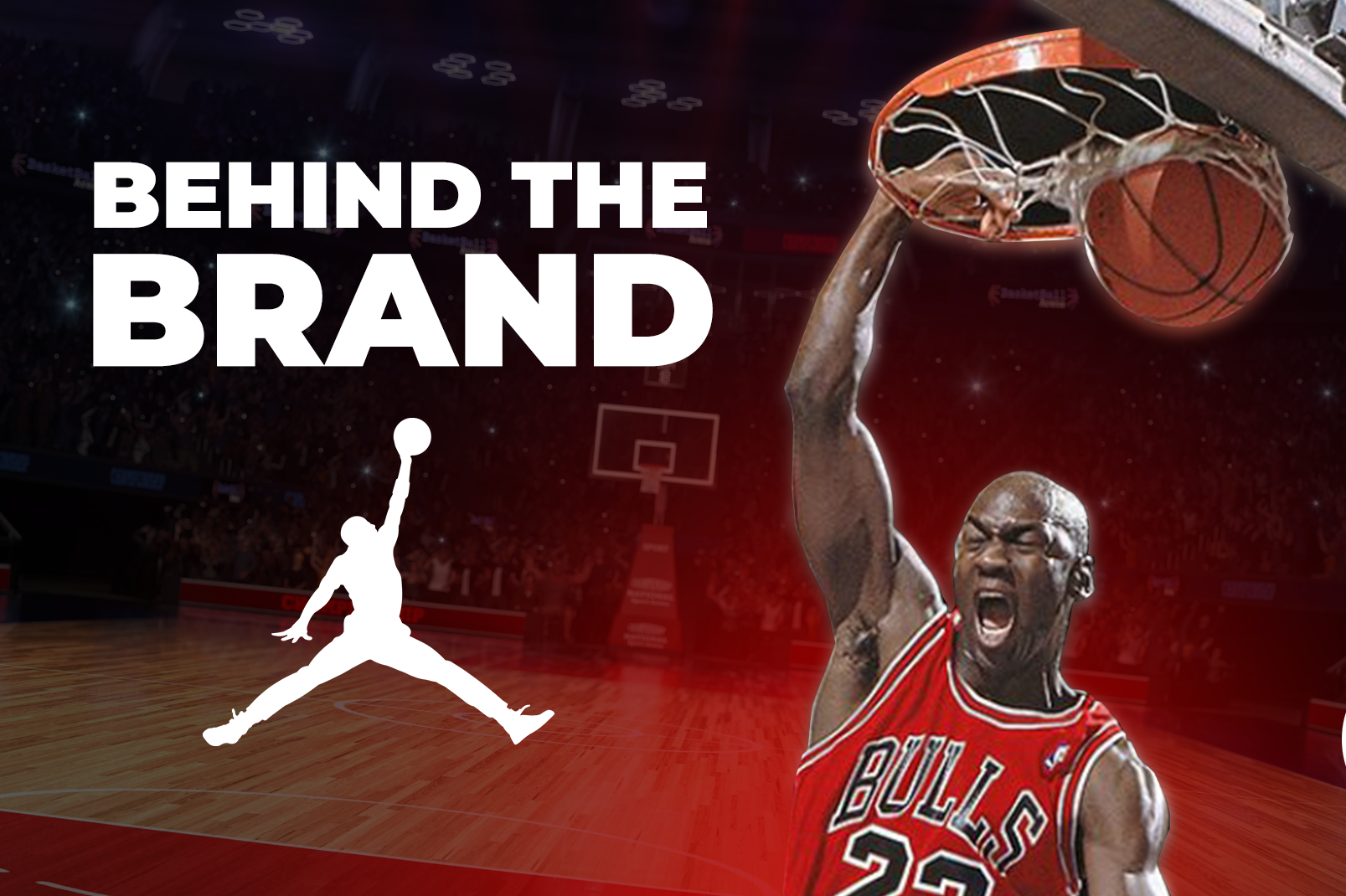